My Boy Has Gone International ... 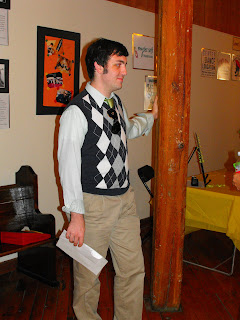 Michael left for Germany on Friday. What was planned to be a direct, three-step flight to Berlin on Friday afternoon and arriving Saturday morning turned into a chaotic situation, and we were pretty frantic until we heard his voice Saturday at 10:30 AM (4:30 PM Berlin time) and knew all was well. Just pick your scenerio, and you know what happened. It all started with the bad weather in the US northeast, bumped flights, and my boy traveling through France unexpectedly ....
For those of you with teens and kids in this cellphone generation, remember to teach these lessons:
1. Collect calls. My boy didn't know that he could pick up a phone nearly anywhere in the world, press 0, and say, "Get my mother on the phone!" It's just never come up.
2. Pre-paid calling cards do work in the US. I spent so much time getting the instructions down how to use the card from Europe that I never really mentioned it's good in the US, too. Thus, my 19-year-old, nearly 20, was pumping quarters in a payphone in New Jersey trying to explain that he had to go by way of France and he was hungry and didn't get cash before he left ......!!!!!!!
Craziness. He didn't take his cell because it wouldn't work in Europe, and I didn't want him to have to worry about keeping up with it.
.
I called the teacher he is staying with in Germany 5:30 AM their time and told her what had happened. I just begged her to make sure he called me when he arrived so I could just hear his voice and know all is well. And it is, except his luggage is somewhere else in the world and he will hopefully have it by Tuesday. Thankfully, I did insist that he take a change of clothes and his toothbrush in his carry-on. Lucky, lucky!
He e-mailed us a few hours ago. He's been there for 24 hours, and I can tell he is in love with the country already. All is well.
Posted by calicodaisy at 6:44 PM

I thought I heard a sign of relief...it must have been you. No matter how old our children are, it is always a relief to know they arrive safely when traveling. Hope he has a wonderful time.

What a wonderful opportunity for your son. I can imagine how worried I would be, but I am sure the experience will be worth the worries.

that's great that he made it there safe and sound but what a harrowing experience! phew!