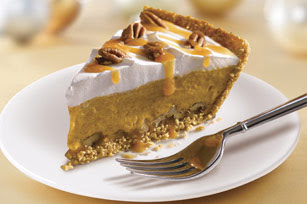 At our Publix grocery store, several times a week, an employee is stationed at a little cooking area making a simple meal with all the fixings for taste testing, and then all the ingredients are shelved near by for easy shopping. Sometimes I like the ideas, sometimes not. Today, though, I thought the little meal was excellent, and the dessert was really great, too. 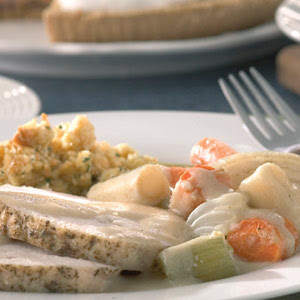 Today's dish was One-Pan Turkey, Veggie, and Gravy Dinner. It tasted so nice, I think, because all the veggies are fresh in the recipe. You use a low-sodium canned gravy but thicken it up with a bit of flour. I loved it. Serve that will some green beans and a side of stuffing and rolls, and you really have an entire, Thanksgiving meal without all the fuss.
The dessert, pictured at the top, is a Turtle Pumpkin Pie, which was awesome. I can't make that for my family, though, because it's a pudding-based pie made with milk - too many lactose intolerant people in my house! Nice and spicy, though, in a graham cracker crust. I think you'll like it, too.
Just follow either of those links above, and you will end up on the same page with the entire recipes ready to print out. 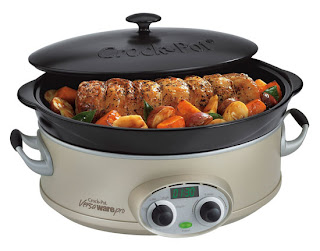 o.m.g. that looks DIVINE!!! I could just eat the screen! Good thing I am not hosting thanksgiving, my cooking would never ever look like that!

Thanks for the quick and easy recipes. Can never have enough of those.

Yum! I really need to learn how to use our crockpot. I'm so behind.

Hi there. I came over accidentally actually from Blonde Duck but I am glad I did. The 1st thing I see is Publix which is my most favorite place on earth!!!!! Hah! I love when they are cooking food. So many times it is so good. I just don't like their cards they give out. I know they want to make it so easy but by laying it out as they do, there is too much wording so I give up. Weird I know. But I do love them. 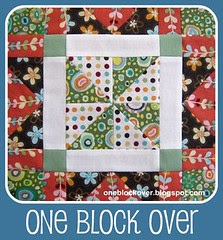